A week had passed since Lexi first agreed to stay with Elliot. And while most of Elliot’s weeks were punctuated by continual failure and disappointment, this week had been the complete opposite. He had been promoted once more at his job, moving into the role of a mixologist. He had never been drawn to mixology before, nor to anything for that matter. Yet he found he had a flair for it. At the very least, it seemed more convenient to taste what he was about to serve without the need to vomit afterwards.

The other positive of the week was Lexi’s work outdoors. Elliot did not know it was possible for trees to grow in a week, but then again, the trees in question also perfectly replicated human plasma. So, really, who was he to question how any of it worked? The end result was he now could harvest all he needed to survive, plasma packs were a thing of the past, and he’d actually had the means to make some long overdue home improvements.

Lexi helped him out a bit there, too. 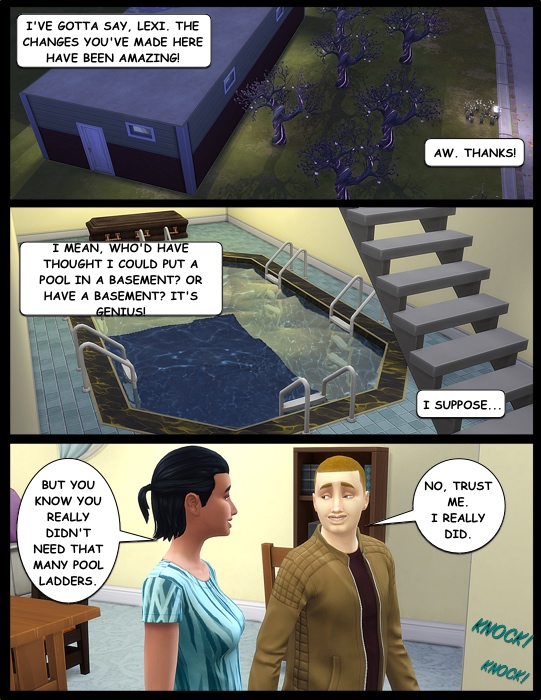 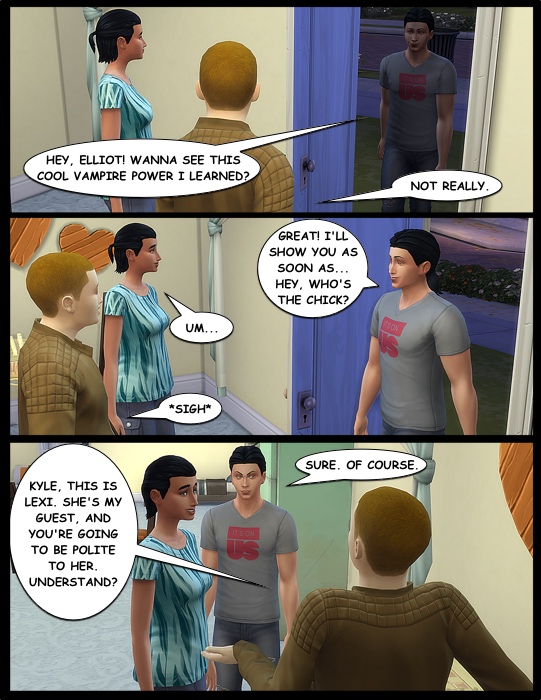 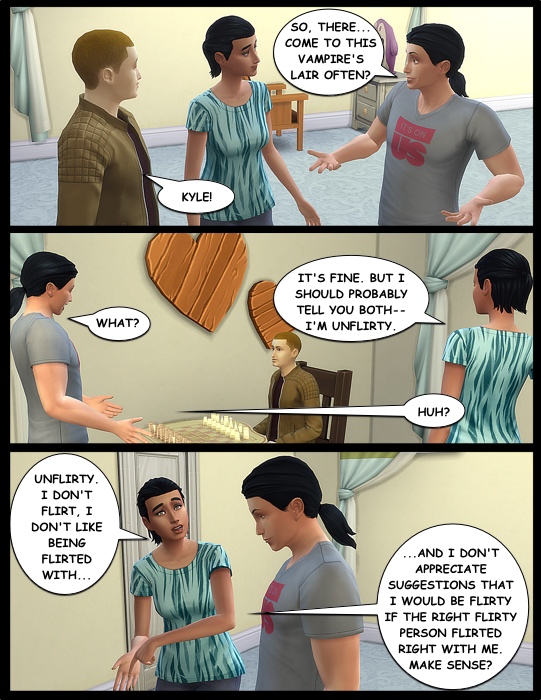 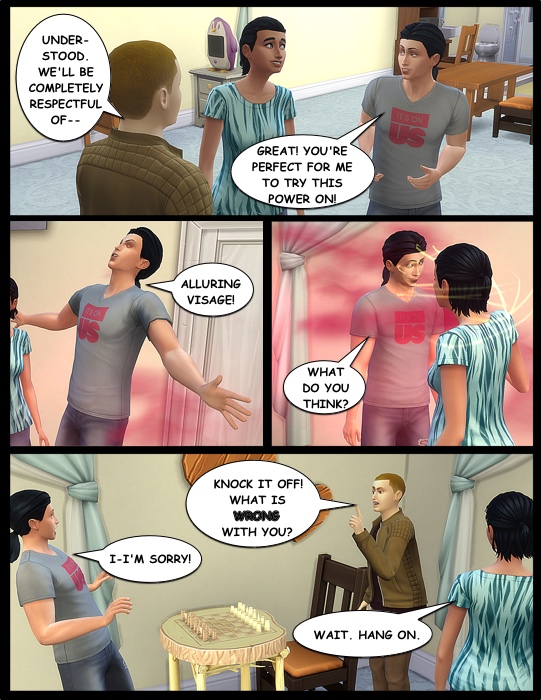 It was not a sudden interest in being romantically attracted to Kyle that gave Lexi pause. Rather it was the speed at which Kyle’s power had affected her. Elliot, for the most part, rarely gave any indication he was a vampire at all. She’d never seen his dark form and never seen him use his powers. It had more or less led her to the conclusion that vampire abilities were limited to turning into a bat and having no use for a toilet.

But this changed her feelings considerably. If there was real power to be had in the vampire life, she wanted to know more about it. 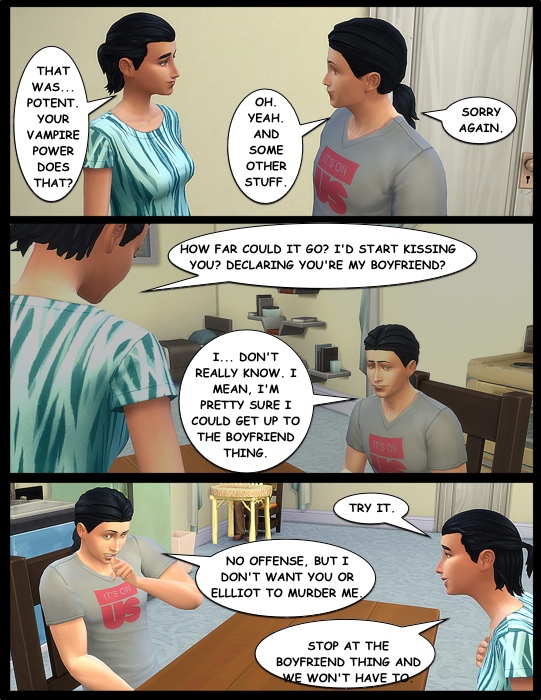 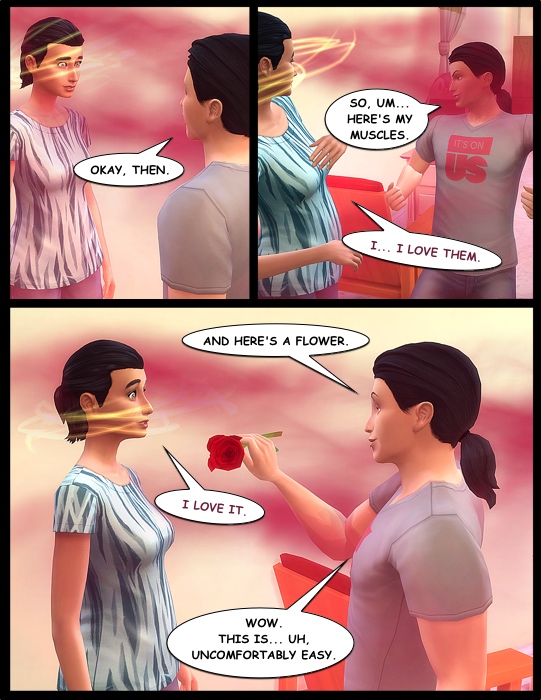 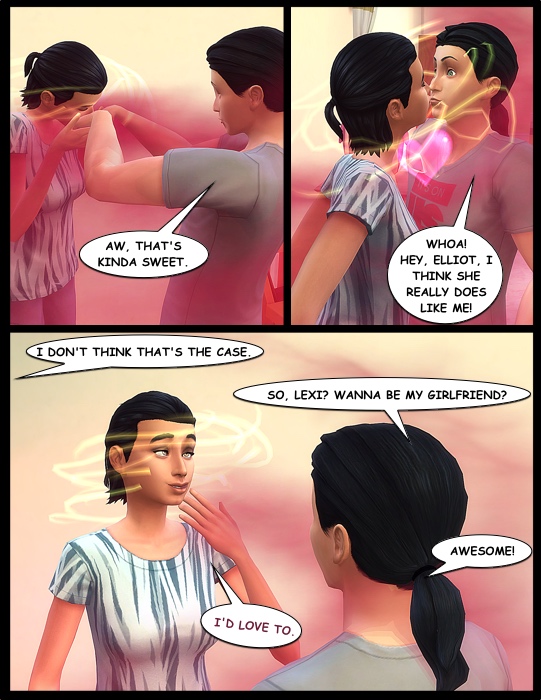 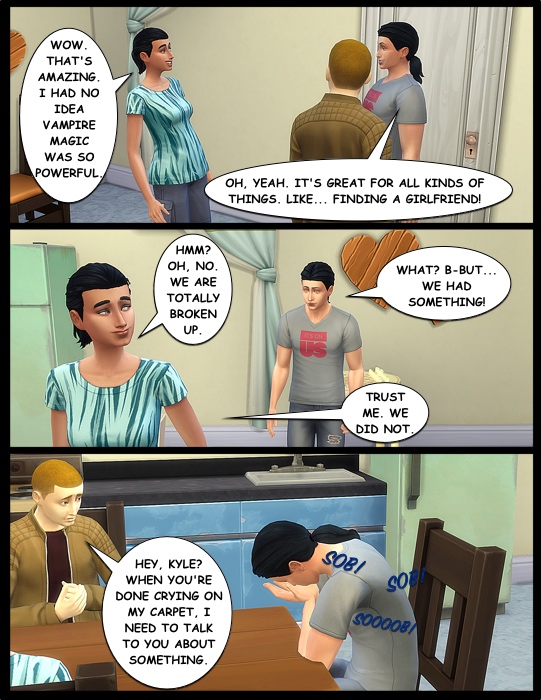 Lexi did feel mildly bad for letting Kyle down so hard. Then again, she told herself, if he was going to take an obvious magical limitation experiment so seriously, the flaw was with him, not her.

She sat back quietly while Elliot explained just what he had discussed with Vladislaus the first night she had stayed here. Elliot recalled charges to turn five willing humans to vampires in a creepy competition against Vlad’s other offspring.

Interesting, she thought to herself. Lexi had never been one to snub a good opportunity. She’d been offered so few of them.

As Elliot concluded his story, Lexi briefly wondered if Kyle was also given a similar assignment. Given his shocked reaction to Elliot’s news, she guessed not. 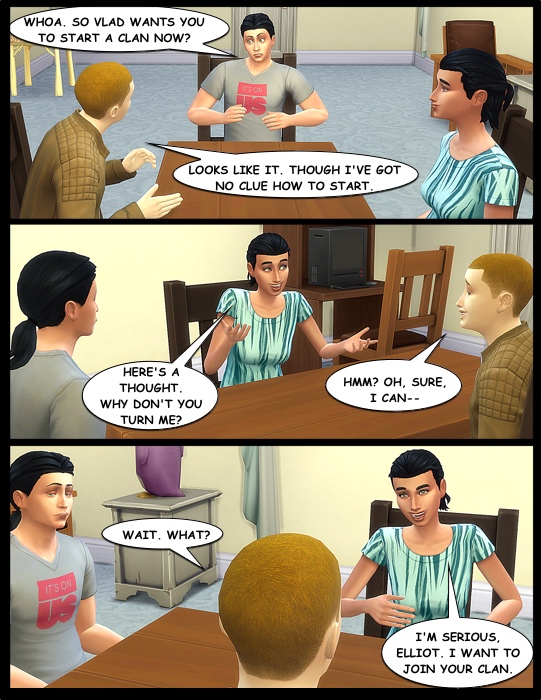 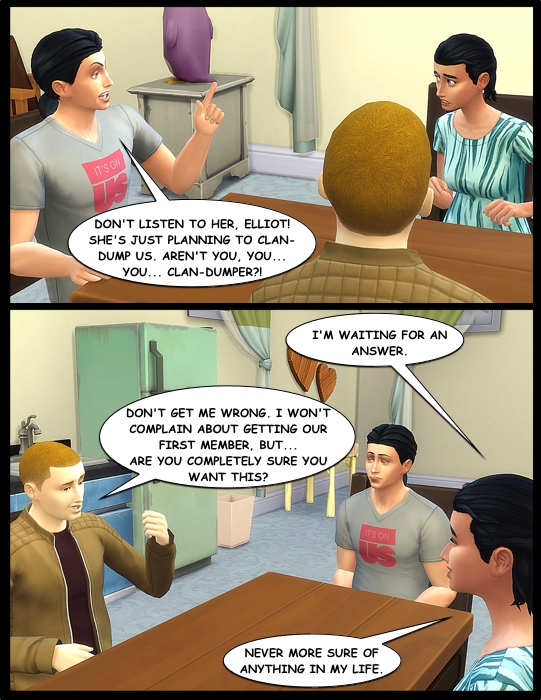 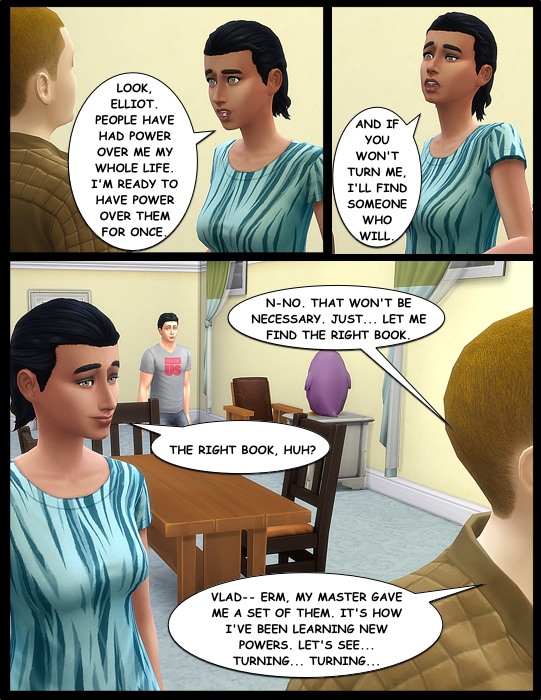 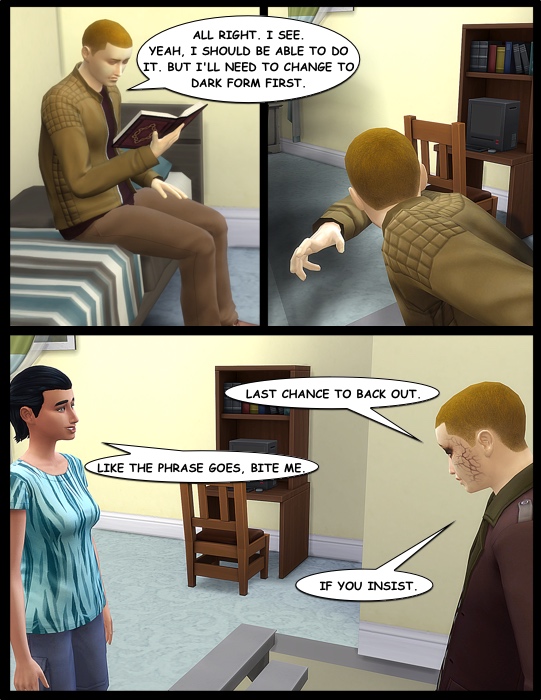 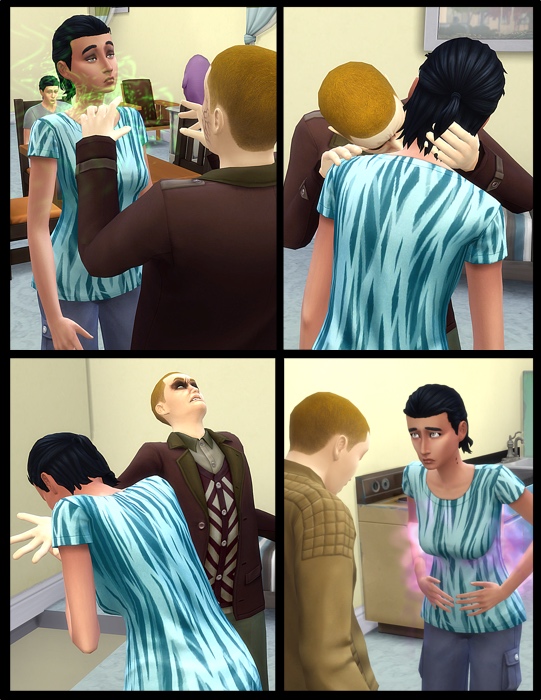 And so it was that Elliot’s vampire clan began in earnest. Of course, Lexi still had some time before the transformation was complete. The full effect of her powers thus far had only shown her that perhaps, vampires did have a use for toilets.

Elliot, for his part, felt both a strange pride and protectiveness of his new offspring. He hoped she would come to love this life as he did, not be dragged down by the inevitable moodiness that came with joining the undead.

And Kyle? Kyle was merely left wondering why Vladislaus had never asked him to start a clan.

5 thoughts on “Clanbuilding for Dummies, Chapter 5”