Yes, it has been a while since this story narration broke the fourth wall to the extent of addressing you directly. As you may be able to tell, our story is quickly ramping up to its big dramatic ending. And in order to justify a big, dramatic ending, everyone knows that one must first raise the stakes. Escalate the tension. Show precisely how all-encompassing the problem is truly becoming. And, yes, of course one could do this by getting the audience emotionally invested in the cast and making what matters to them also matter to the readers. But say the author has self-doubts that she had accomplished this effectively. She could–merely to be on the safe side, of course–expand the problem to bigger and more dramatic areas. And let us face facts: nothing is more dramatic and bigger than space.

And thus we find ourselves aboard a small craft with two alien scientists, who happened to be drifting close to Earth at the time of Kyle’s climactic cry for help. Well, “happened” is perhaps inaccurate. They were well familiar with the woes of fighting the Mother Plant. They had, after all, been doing it themselves for quite some time.

Meanwhile, back on Earth, the currently-unpossessed Allie, Caleb, and Kyle were just finishing up their hot beverages and preparing to leave the Pond-in-a-Shack cafe. Caleb rather liked the place and decided when he wasn’t worried about being possessed by an alien entity, he’d like to come back and take Allie on a date here.

Both their lines of thought were wiped completely clean as what appeared to be giant-sized soup set aflame came blazing through the sky and landed not more than twenty feet away from them.

Allie and Caleb cried out in shock, yet Kyle seemed to think this was a completely normal turn of events. 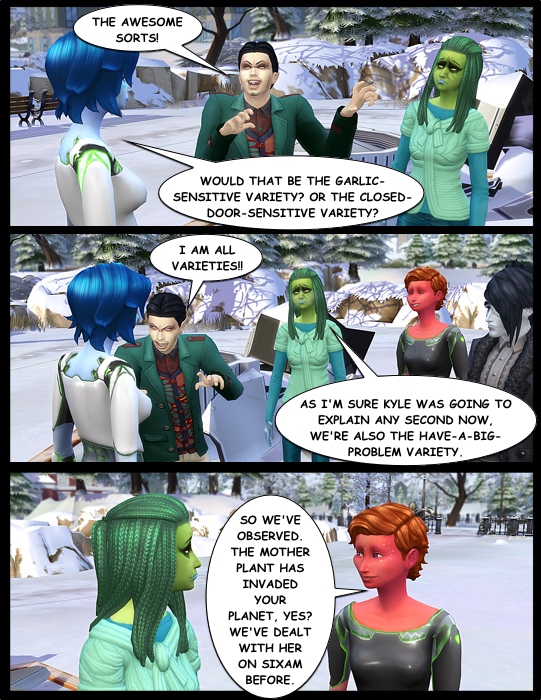 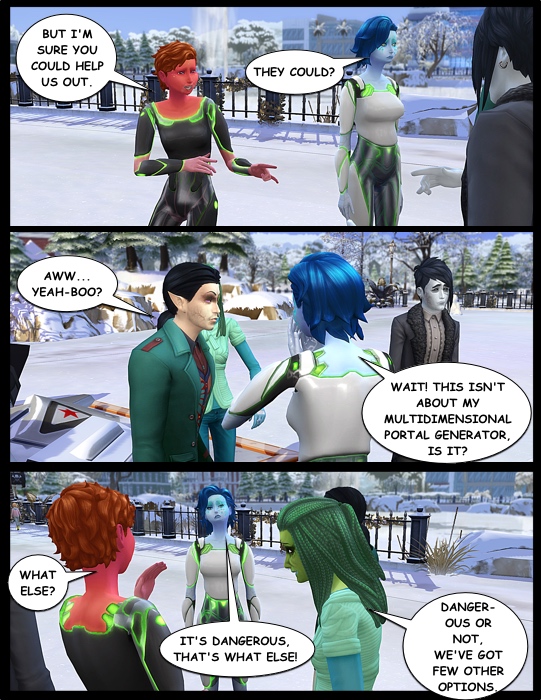 And thus it was that Caleb, Allie, and Kyle agreed to help the two aliens they had only just now met find an odd list of scientific ingredients in order to complete a portal that may or may not actually function as intended. Sure, it was a bit out there. But no more so than any other of Kyle’s recent ideas.

4 thoughts on “Clanbuilding for Dummies, Chapter 26”