While Elliot pondered both his new fortune and the possibility that he was inadvertently responsible for the deaths of the immediate Landgraab family, elsewhere in the world… specifically, in Windenburg… Caleb Vatore, his master, and his girlfriend where gathering outside a bar.

For as much as a group of three can be called a gathering, at any rate. 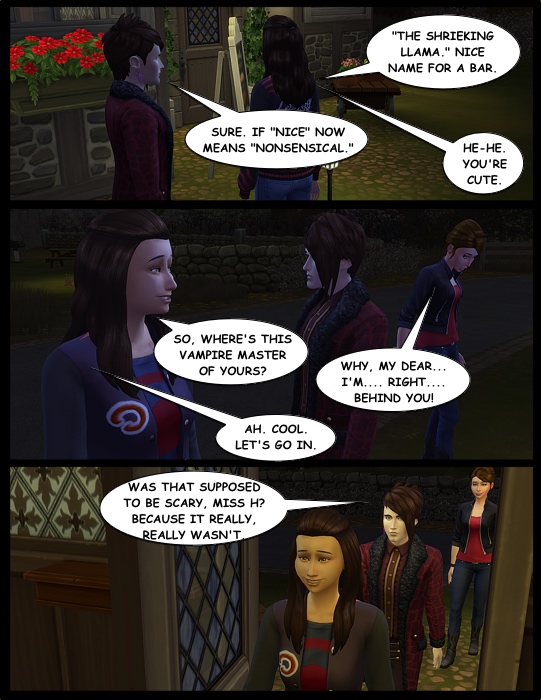 She did not reply to Caleb’s comment, either because he had not heard him or because she had heard him and decided not to acknowledge such a clear undermining of her authority. Instead, she entered the bar, breathing deeply of the smells of polished wood and alcohol. 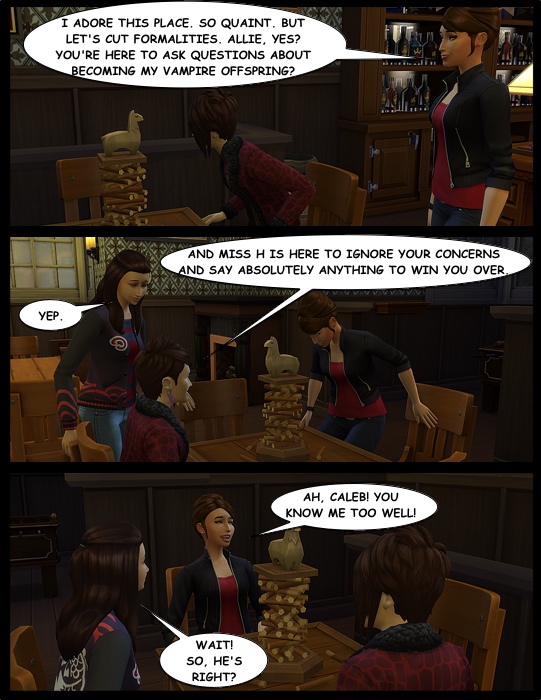 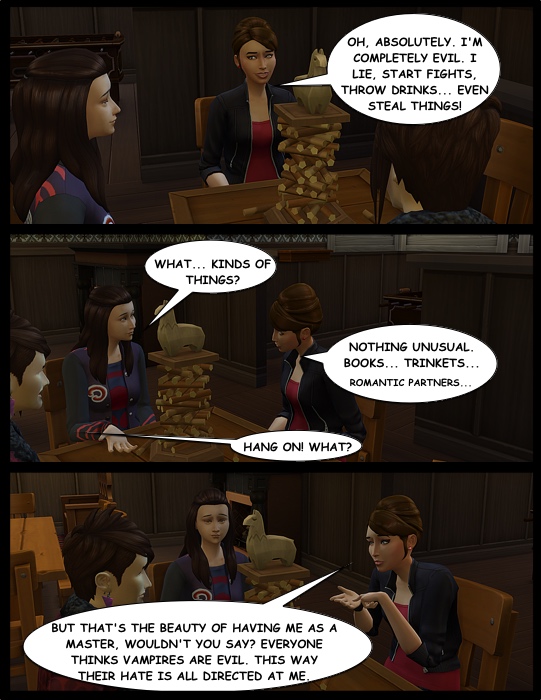 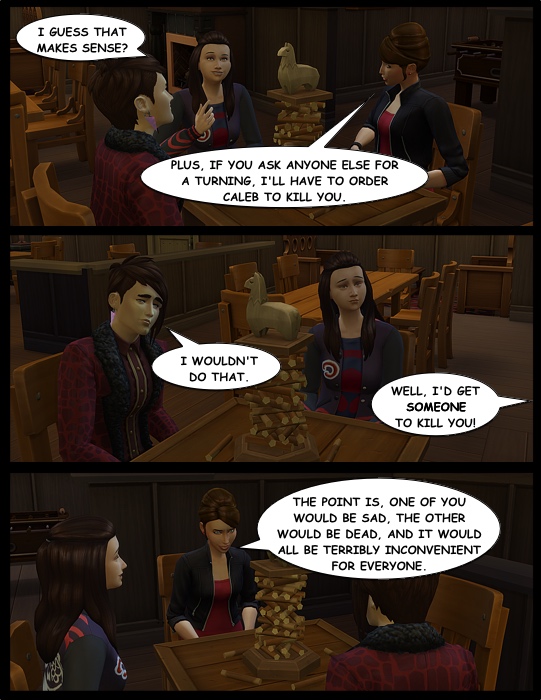 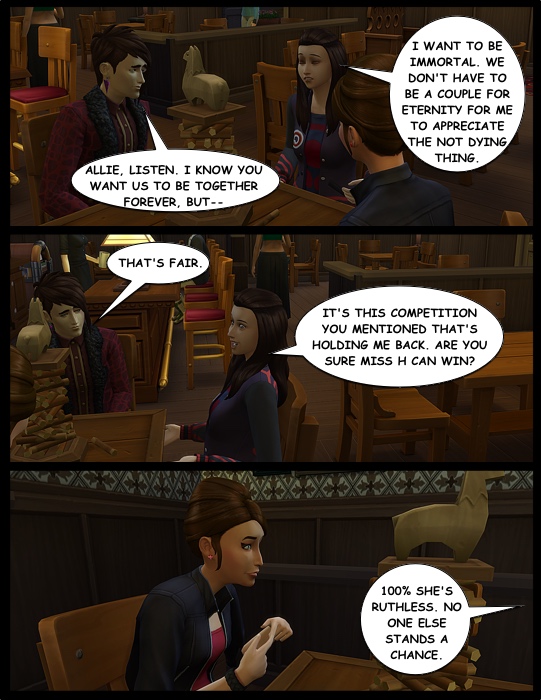 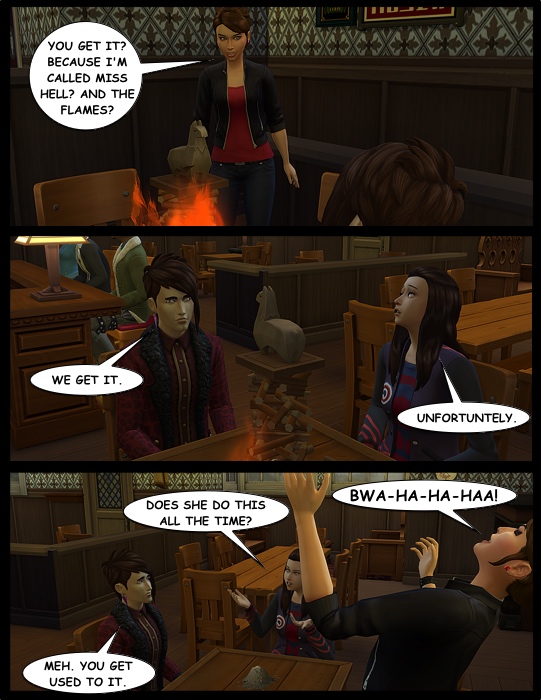 Miss H’s positive attitude remained in tact for the rest of the evening. She turned Allie, as promised, and retreated to her coffin so pleased with herself, she completely forgot to watch the late night news. If she had, she would have seen the still-airing stories of the Landgraabs’ demise. At which point, much more than a simple game of Don’t Wake the Llama would have been on fire. Without Geoffrey Landgraab on her side as planned, Bella Goth remained the only key person of influence in her control. Who knew how many her rival had? Drastic measures would have to be taken.

But of course, she did not watch the news that evening, and ergo, all these ruminations had to occur later.

4 thoughts on “Clanbuilding for Dummies, Chapter 10”