a/n: Another mini-chapter inspired by the SimFic Monthly Challenge. All still canon. I took the May theme of motherhood in a really dark direction. Enjoy!

The flick of a broken light switch. A careful step around scattered books. A lean over caution tape to peek at one gold-embossed cover: The Landgraabs: A History. How appropriate.

In fact, the Landgraabs were history. Gone in a single tragic accident. And Johnny Zest was their rejected child, their outcast, their echo. He crept down the dim foyer of Affluista Mansion, expecting his mother’s ghost to jump out any second. He almost wished it would. Then he could prove to himself he didn’t miss her. 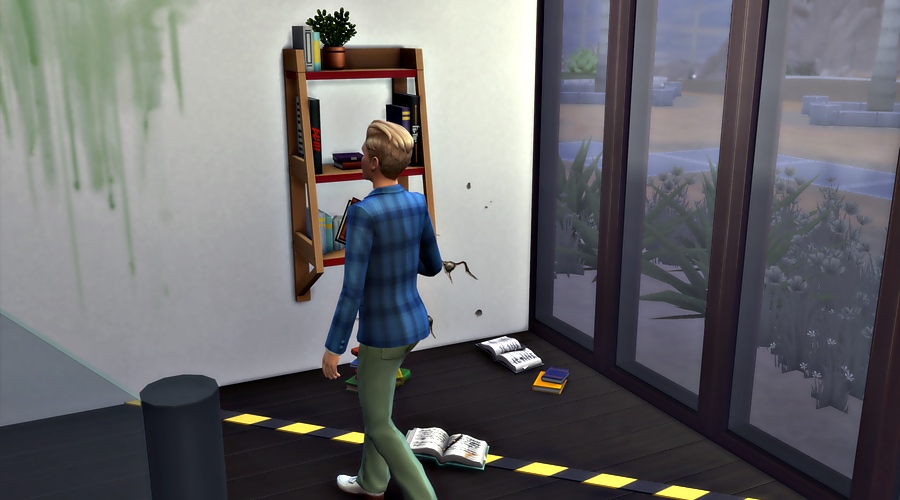 A turn into the kitchen. The stench of rotting fruit from the counter. There were lavender-skinned peaches with a coppery scent. An oval-shaped coconut, topped with blue leaves A glowing red…was it a pomegranate?

It gave no smell but a…a sound. A whisper. 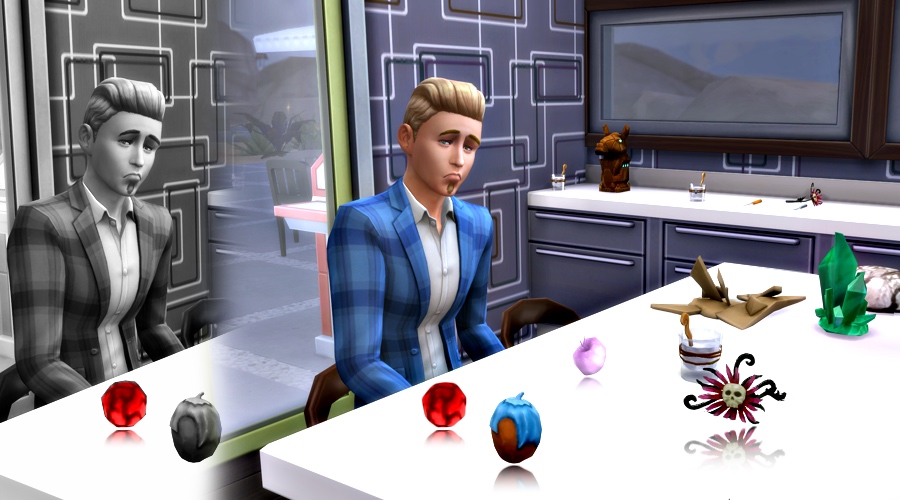 Johnny stumbled back, bumping his shoulder against the wall, knocking an old painting sideways. He heard of people who talked to plants. Word had it they made excellent gardeners. He had no desire to be one of them. “H-Hello?” he stammered.

What are you looking for? the fruit inquired. Its voice was the rhythmic cackling of branches in high winds, the whistle of air through a slitted blade of grass.

Against all his common sense, Johnny answered it. “What am I…I’m looking for my mother.” He shook his head. No, that wasn’t right. His mother was gone. Yet he’d returned to his childhood home, desperate to explore and discover who she’d become in the years they’d been apart.

I’m looking for my mother, the fruit said. We should look together, yes?

Johnny picked up and weighed the fruit in his hand. It felt strangely dense and seemed to balance itself on his palm. When he rotated his wrist slightly, it did not slip. Curious, Johnny let it rest on his shoulder, where it perched perfectly. Strange. The unnaturalness of this ability alone should have unnerved him, and yet…he drew comfort from having a companion. Even one as bizarre as this. 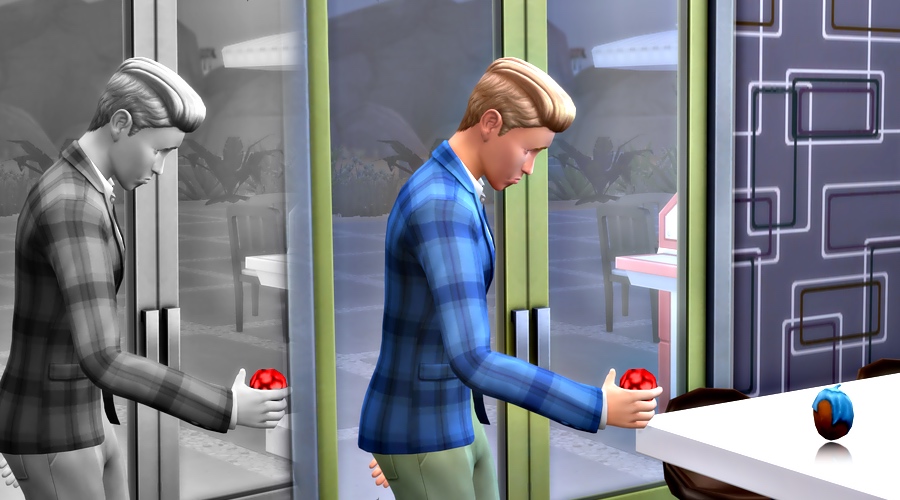 “Yes,” Johnny hesitantly agreed. “We should look together.” He took a step towards the hall, kicking aside a piece of broken pottery. He planned to head up the stairs, to look through his mother’s old jewelry box, but he felt himself drawn away.

I know where we should look, the fruit said. Come, yes? You are coming, yes?

An urge. A firm pull towards the back door of the house. Johnny practically tripped over his own feet getting there. “Okay! Okay!” he chuckled. “Yes, I’m coming.” This situation had already gotten so strange so quickly. He might as well play along.

A long walk. A trespass into odd places Johnny had never heard of and was pretty sure he wasn’t supposed to be. He could imagine what would happen if Nancy Landgraab was here. What are you doing, Johnny? she would scream. You can’t just take directions from a plant! What will the neighbors say? Each step had gave him a buzzing thrill of defiance. 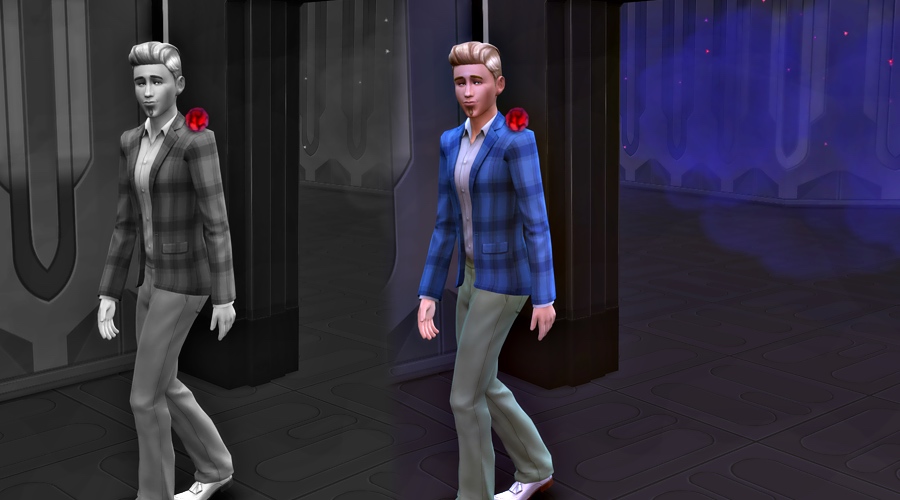 “This way?” Johnny asked, pointing down a misty, sweet-smelling corridor.

This way, the fruit confirmed.

The groan of hinges, the scrape of metal as a massive door opened. And then…the gasp of breath when he saw her.

She was beautiful. Bulging leaves and ripe vines enthroned her. Colors shifted from deep, royal purple to bold, daring crimson. An aura of peaceful energy radiated from her. Johnny inhaled like the air itself was a rare treasure.

What are you looking for? the plant asked.

A grin pulled at Johnny’s lips. “I’m looking for my mother,” he said.

I’m looking for my mother, the fruit echoed.

She leaned down. The shift of her heavy leaves was like an angelic sigh. The tips of her magnificent petals touched Johnny’s forehead. He could no longer resist. He and the fruit sought the same thing. Sang the same song. Could be the same being…if…if…

As though in convulsion, Johnny opened his mouth wide, yanked the fruit from his shoulder, and shoved the entire thing between his lips. No juices leaked, no tastes emerged. It shifted over his tongue, gliding down his throat like the smoothest wine. His head felt lighter, his mind dreamy.

He coughed and gagged, struggling to hold himself together. The sweet taste of her aura. He couldn’t get enough. Couldn’t breathe. 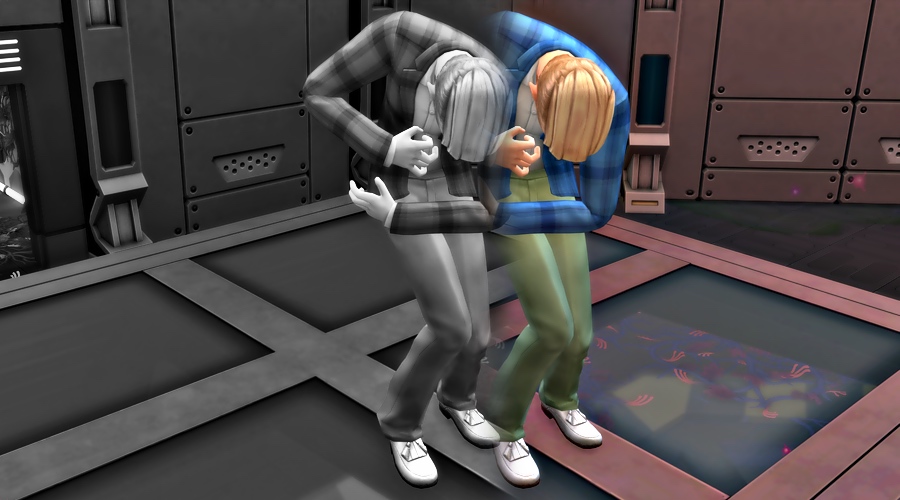 His body twisted, and the gagging stopped. His head slowly lifted.

“Hello, Mother,” the fruit and Johnny said together. Their voice sounded raw and ravaged in this ugly human form. But Mother would help with that. Mother helped with all.

A step back. An echo on metallic flooring. A grin of pure admiration. 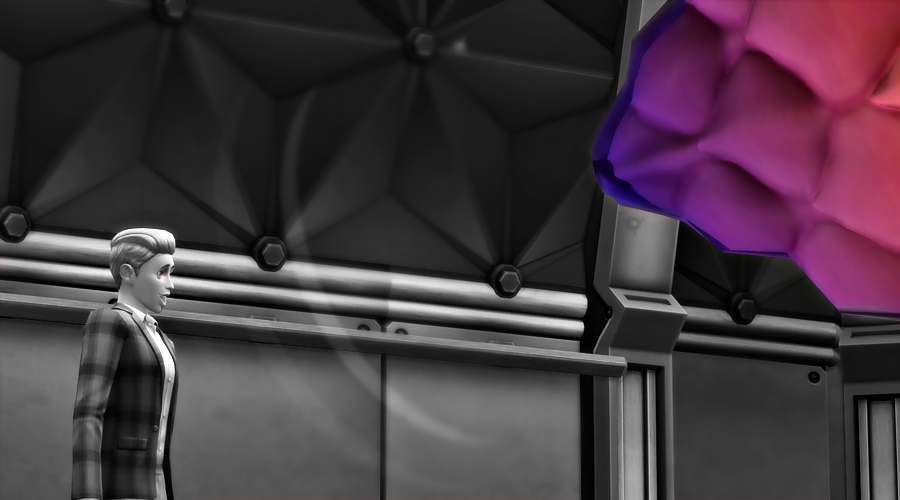 25 thoughts on “Clanbuilding for Dummies, Chapter 13.5”